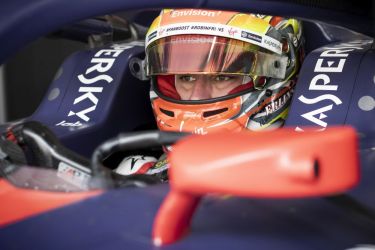 The iconic motorcycling brand, which is based in the US, is set to feature on the team’s cars from the next round of the all-electric racing series in Paris this weekend.

Harley Davidson represents the team’s fourth major partnership during the past 12 months following the announcement of Stanley Black and Decker at the Paris ePrix last year, which was followed by deals with Audi Sport and New York-based Genpact.

The agreement is said to demonstrate Harley Davidson’s commitment to the electrification of motorcycling, and precedes the launch of the manufacturer’s first electric bike, the LiveWire, this coming autumn.

“We’re incredibly excited to be partnering with Envision Virgin Racing, one of the leading proponents of Formula E – the highest form of e-propulsion motorsport. The team’s passion, professionalism and commitment to the thrill of electric vehicles matches our own and it’s going to be an incredibly exciting time working with them.”

One of the founding teams in Formula E, Envision Virgin Racing have recorded eight wins and 23 podiums since the series’ inception in September 2014, and recently became the first team to have recorded victories in all five seasons to date.

Sylvain Filippi, the team’s managing director, said: “We’re delighted to be welcome such an iconic brand like Harley Davidson into our portfolio of partners. Like us, Harley Davidson shares our passion for developing cutting edge technology and sustainable mobility, and between us we can now help showcase that on two and four wheels.”