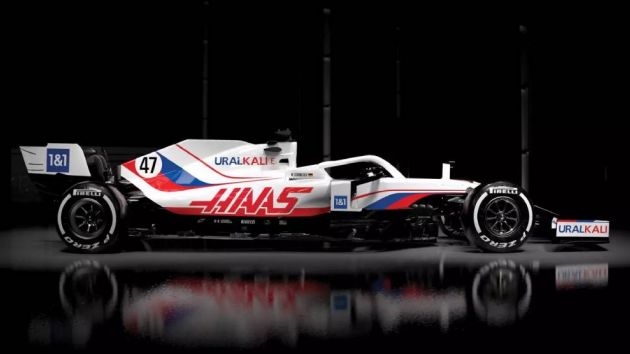 The Haas Formula One team have announced a multi-year title partnership with potash fertiliser producer Uralkali.

While financial terms have not been disclosed, the sponsorship was revealed during Haas' car launch on 4th March alongside the team’s new red, white and blue livery.

The American outfit will be renamed as the Uralkali Haas F1 Team, with the Russian company’s branding featuring on the car as part of the deal.

Haas' VF-21, with its new branding and livery, will make its first on-track appearance during pre-season testing in Bahrain on 12th March.

"We look forward to representing their brand throughout the season,” said Gene Haas, the team’s chairman. “It’s an exciting time for the team with Uralkali coming onboard and having Nikita Mazepin and Mick Schumacher driving for us.

"It’s definitely a case of all change but I’m hoping that we get back to being in the mix for scoring some points at these races. It’s been a tough couple of seasons, but we’ve also got our eye on the bigger picture, in particular 2022 and the implementation of the new regulations."

The new Formula One regulations, delayed from 2021 to 2022, are designed to create closer, more exciting racing with cheaper cars and improved aerodynamics.