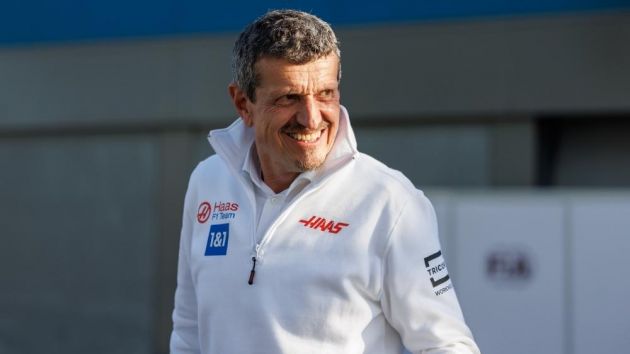 Having previously stated the US-based racing outfit was not desperate for a new main sponsor, Steiner stressed the need for caution when approaching new deals.

“There is a lot of movement, but we don’t want to jump immediately onto the next one,” Steiner told reporters.

“We want to take our time, do our due diligence, make a good decision. We are in a safe place at the moment.

“There’s no point to rush anything that we maybe regret in six months’ time.”

Steiner’s comments follow revelations that Uralkali has requested a reported US$13 million refund and US$8.6 million in compensation, following the early termination of the company’s contract with Haas due to Russia’s invasion of Ukraine.

According to Motorsport.com, Haas are also claiming €8 million (US$8.7 million) in compensation from Uralkali due to lost profits that could have been realised had the deal continued.

Haas’ partnership with Uralkali was preceded by another acrimonious deal with Rich Energy in 2019. That union was punctuated by numerous public incidents from the company’s founder, William Storey, including comparing the Haas car to a milk float.

The episode culminated in Rich Energy announcing via Twitter that it was cancelling the title sponsorship agreement in July 2019. The pair eventually parted ways in September that year.

The experiences have prompted caution from Haas, with Steiner saying the team will “live and learn” from the two deals.

The 57-year-old also confirmed that the financial terms of any future deal would not be the only consideration.

“We are waiting for the best package, it’s a combination of things,” Steiner said.

“It’s the best offer, the best sponsor, and just not doing something [where you] maybe take a deal today that you find out in six months you shouldn’t have done that.

“Sometimes it’s a trap of you need to do it in two weeks to get ready and all that. It’s sometimes better to sit back and say let’s talk with these people correctly. Because if somebody is still waiting, they can wait three or six months. It’s not a rush.

“If the deal we think is not good enough going forward, we don’t have to do a deal this year. It’s not a must.”

He added: “There is stuff coming in, but it has to be right.”