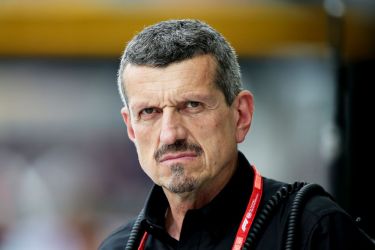 The Haas Formula One team have denied they are in takeover talks with investors from Saudi Arabia.

The claim was made in a tweet on 19th September from former title sponsor Rich Energy, a week after it was dumped by Haas, with the Formula One team stating they had amicably parted ways as the energy drinks brand’s ‘corporate restructuring’ had called for a ‘revised’ strategy.

But that tweet in the build-up to the Singapore Grand Prix has been dismissed by Haas team principal Gunther Steiner, who has insisted the team are not for sale and is unaware of any discussions with Saudi investors.

Speaking to Autosport, a bemused Steiner said: “I don’t know how to respond. I wish the investors also good luck and thank you. I don’t know them.

“No, you cannot buy it. It is one of their [Rich Energy's] tweets and I don't answer to tweets or anything. It's not us. I don't want to go there."

There has been no indication from team owner Gene Haas that he is looking to sell the Formula One outfit, despite a frustrating season. The team have failed to build on 2018’s fifth place constructors’ finish and have fallen to ninth in 2019, only being kept off the bottom by Williams.