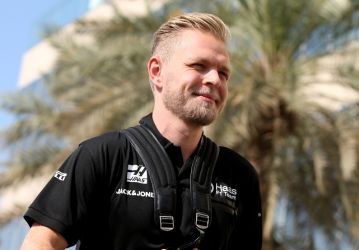 Formula One motorsport outfit Haas have secured a partnership with digital solutions company MindMaze for the upcoming 2020 season.

The deal sees the Swiss-based technology firm work with the team on improving safety and performance using its neuro-powered digital platforms.

In return, MindMaze gains digital and physical team branding, with a presence on the team’s race-day uniforms and helmets.

Dr Tej Tadi, MindMaze founder and chief executive, said: “This partnership with Haas F1 team is exciting and will explore the intricacies and sophisticated data that are generated across all races to complement the MindMaze Human monitoring platform.

“Partnering with Haas F1 Team also opens doors to the American market through the Haas Automation network. We’re excited because Haas has an innovative approach to human performance and safety to complement engineering advances.”

Meanwhile, Haas team principal Guenther Steiner added: “We welcome them (MindMaze) onboard and we look forward to developing our relationship through our mutual interest in furthering our understanding of safety and performance through MindMaze’s technological innovations.”

The team returns to the track in February for pre-season testing ahead of the new Formula One season’s first Grand Prix in Melbourne, Australia on 15th March.