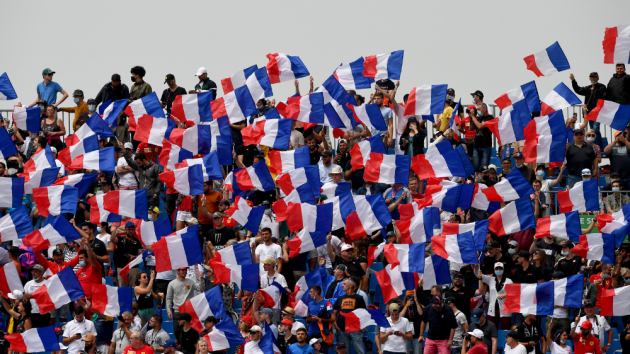 Formula One chief executive Stefano Domenicali has suggested the French Grand Prix may have an option to move to a street circuit in Nice after the event’s contract with the Circuit Paul Ricard expires this year.

There have been fears that the French Grand Prix would have to make way in 2023 due to a packed Formula One calendar that includes a new race in Las Vegas, as well as returns to China and Qatar. A race at the Kyalami Grand Prix Circuit in South Africa is also being considered.

However, Domenicali has suggested that there is an option for Formula One to remain in France beyond this season.

“Historically, France has been an important nation in motorsport,” Domenicali told L'Équipe. “You might not know this, but there is an amazing project with Nice, who wants a Grand Prix. It’s great, as it proves that other destinations in [France] are interested in F1.”

With the principality of Monaco situated just 12 miles from Nice, it could help in Formula One’s continued discussions over a new contract to keep racing on the streets of Monte Carlo.

Domenicali hinted that the future of the French Grand Prix will be known “by late July”, around the time the current contract with the Circuit Paul Ricard expires.

“The calendar for next year is being prepared,” he continued. “Having 30 Grands Prix wouldn’t be reasonable. Our preferred option would be to keep 23 or 24 races.

“And to achieve this, based on the demand, we're going to work with the principle of rotation – not only for Europe but for other countries too.”

As for Formula One returning to Africa for the first time since 1993, Domenicali revealed that the series would “have an answer soon” after holding talks in South Africa last week.

The current sporting regulations laid out by the International Automobile Federation (FIA) mean a Formula One season cannot have more than 24 races. Twenty races already have a contract for 2023, while five current ones are yet to agree a new deal.