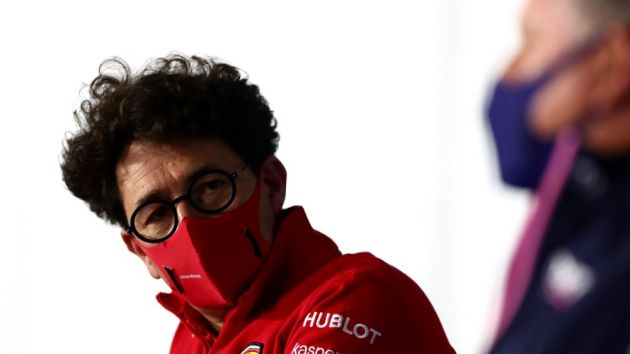 Formula One teams Ferrari and McLaren have confirmed that they are ready to sign a new Concorde Agreement covering the racing series’ 2021 season.

The motorsport’s existing agreement with the International Automobile Federation (FIA) governing body, which sets out the teams eligible to race in the championship and their share in revenues, is set to expire at the end of the 2020 campaign.

Negotiations over a new deal running through 2026 have been ongoing for some time, but now appear to be reaching a conclusion on a short term contract for 2021.

Speaking via a video news conference ahead of the Hungarian Grand Prix, Ferrari team principal Mattia Binotto said: “As far as Ferrari, we are ready to sign. We would like to sign it, I think, even quite soon. Looking ahead with clarity is important.

“So some are ready to sign. I think we are as well happy, because we know that Formula One has understood the importance of the role of Ferrari in Formula One. That for us was key and so we are satisfied from that.”

McLaren Racing chief executive Zak Brown added that the new agreement would add “a strong basis for the sustainability, growth and success of Formula One and all its stakeholders".

It comes after Formula One chief executive Chase Carey said in May that negotiations over a new Concorde Agreement were taking a back seat while the series and its teams turned its attention to restarting the 2020 season amid the coronavirus pandemic.

Formula One confirmed in March that technical rule changes due to come in next season would also be delayed until the 2022 championship as a result of the disruption caused by Covid-19. However, the series’ managing director Ross Brawn has since stated that a US$145 million spending cap planned for 2021 will still be enforced.

In addition to McLaren and Ferrari’s commitment to a new FIA deal, Mercedes team principal and chief executive, Toto Wolff, confirmed in February that the reigning Formula One champions will continue to race in the series through 2021.

However, Racing Point principal Otmar Szafnauer, whose team have close ties with the Mercedes outfit, has said that “there’s still a few talking points” to happen in the short term, adding: “I don’t think we’re far off having something that we can all sign.”

Formula One recorded annual profits of US$17 million in 2019, the first time since 2016, while owners Liberty Media announced in February that the series’ overall income rose from US$1.827 billion in 2018 to US$2.022 billion last year.