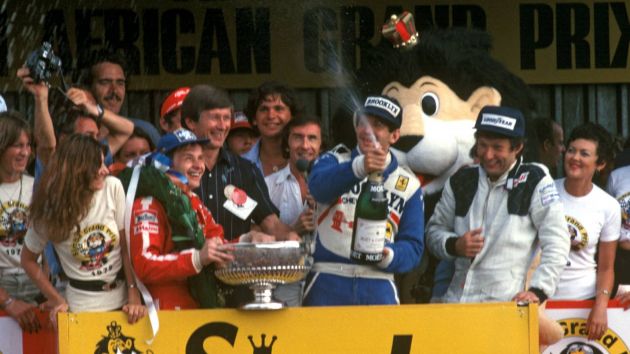 Speaking during this week’s BlackBook Motorsport Virtual Summit, Targett-Adams said "Africa is a continent that we don't race in, and that is just wrong”, adding: "It's somewhere that we very much want, it's the priority. We've been in talks with possible options for a few years.

“We're hoping that, ultimately, we will be able to achieve a race there in the near to mid-term."

Formula One's last visit to Africa came in 1993, when the series raced in Kyalami, South Africa at a circuit that was home to the South African Grand Prix from 1967 and is still in use today.

Outside of South Africa, Morocco hosted a handful of Grands Prix in the early days of Formula One, most recently at the Ain-Diab road circuit in 1958. Formula E has visited Marrakesh since 2016, so there is still interest in motorsport within the country.

Targett-Adams also expressed interest in further expanding Formula One's reach in Asia, where the series is due to host races in China, Singapore and Japan this year.

Hanoi, the Vietnamese capital, was set to debut on the 2021 calendar after the pandemic forced organisers to delay its debut last year, but was later removed following a local political scandal.

"Equally Asia, we've made no secret of the fact that that also is a key priority," Targett-Adams added. "Vietnam is an incredibly exciting race location for F1 [with a] hugely young demographic in the country, vibrant business sector, somewhere we're very, very excited to race.

"2020 was to be the first race, with an amazing circuit built in the outskirts of Hanoi. And then, totally understandably, no one wants to launch a first race in the middle of a pandemic.

"We’re working through some localised issues with some change in government going on as well, so we just decided and agreed with our promoter, Vingroup, that 2021 just wasn't the right timing for that.

"So we continue to work through with them, and longer term, we'd obviously still relish the opportunity to have a race in in Vietnam. So we're hoping we'll get there eventually."