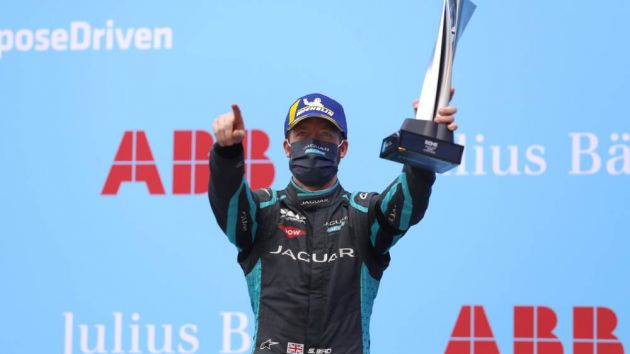 Electric single-seater series Formula E has revealed its live race viewership this season has grown by 125 per cent in several key markets, including the UK, France, Germany, Italy and Brazil.

Improved global media distribution and more exciting on-track action has been responsible for the growth, which has seen a cumulative audience of 150 million viewers tune in for the opening of the season.

The improved audience numbers come on the back of Formula E securing a raft of new broadcast partnerships.

In France, a new deal was struck with sports channel L'Equipe. Sky Sports Italia agreed a deal in Italy and Seven.One is now broadcasting the series in Germany. In addition, TV Cultura and GloboTV in Brazil are new Formula E broadcast partners.

Free-to-air partnerships in markets such as Saudi Arabia and Mexico have also helped to drive growth, as well as deals with CBS in the US and Star India and Disney+Hotstar in India.

In just half a season, the new broadcast deals have helped Formula E to almost surpass its audience numbers from the whole of season six.

"Formula E has enjoyed incredible success in just a short space of time, and it is clear from these figures that our fans’ appetite for close, unpredictable racing only gets stronger," said Aarti Dabas, chief media officer at Formula E.

"Behind the scenes, we have forged partnerships with broadcasters who believe in Formula E and its potential to engage both existing motorsports fans and new younger audiences through bespoke, localised programming and our market leading position as a net zero carbon championship.

"This has resulted in live cumulative audiences in key markets being more than 125 per cent higher after just seven races of the season in comparison to the whole of the previous season.

"The focus now is on continuing to both strengthen the championship’s free-to-air coverage for the remaining races and working with our media partners to continually improve localisation, promotion and discoverability of Formula E on their platforms and in their markets."