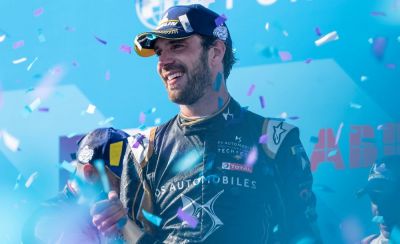 UK public service broadcaster the BBC will show two races from the 2019/20 Formula E season on its free-to-air television channels as part of its extended deal with the all-electric racing series.

The Marrakesh ePrix on 29th February and the Rome ePrix on 4th April are the two races that have been chosen for the BBC’s television coverage, although it is not yet confirmed which channels the events will air on.

The extension will also see the BBC continue to show every Formula E race across its online platforms, including the BBC iPlayer and its website. Coverage of select races will also be available via the BBC red button.

The expanded deal comes ahead of Formula E’s return to the UK, with a double-header race through London’s ExCel exhibition centre and along the waterfront on the streets of the Royal Docks set to close the 2019/20 season on 25th and 26th July.

Formula E, which debuted on the BBC last season, will also be broadcast in the UK this season on Discovery-owned channel Eurosport, with select events also being shown live on free-to-air network Quest.

“We want the ABB FIA Formula E Championship to be accessible to the widest possible audience and with five British drivers on the grid, Formula E fans in the UK will need to choose who they are getting behind when racing returns to London in July next summer.”

Season six of Formula E will feature 14 races across 12 cities, starting with the season-opening double-header in Riyadh, Saudi Arabia on 22nd and 23rd November. French driver Jean-Éric Vergne is the defending champion.