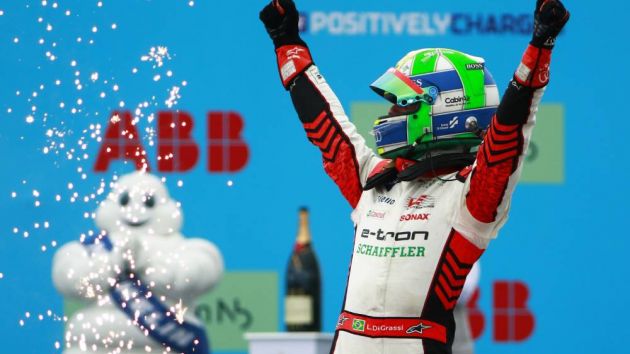 Electric single-seater series Formula E is set to make its debut in South Korea in 2022 after formally setting a date for the event.

The ePrix was due to join the calendar for the 2020/21 season but was cancelled twice due to the ongoing Covid-19 pandemic.

Now, the Seoul government has revealed that the event will take place on 13th to 14th August next year, forming part of a city-wide festival.

First revealed to the public in 2019, the race will take place at the Jamsil Sports Complex, formerly the venue of the 1988 Olympic Games.

The announcement comes ahead of the meeting of the World Motor Sport Council on 9th July, after which the provisional calendar is typically released.

When asked why the dates for the Seoul race had come early, Formula E chief executive Jamie Reigle told Autosport: "That announcement went out on a local basis in Korea and we didn't do a global announcement as there's been a lot of discussion around the feasibility of that event.

"There was a change in government, a change in mayor, and we've been in discussions with that mayor around whether they would support a Formula E race as well as this event called the Seoul Fest, which is really a celebration of Korean pop culture.

"There's been all this debate about when we could confirm or not a race in Seoul and the mayor and his government said actually, ‘Yes, we'd love to do it because we believe by the summer of 2022 Korea will be vaccinated and open to tourism’.

"We want to have a very large event to celebrate the reopening of Korea and Seoul, in particular their tourism.

"Once the mayor decided he was keen to support that, they wanted to sign it and make an announcement.

"That jives against the timing of the World Motor Sport Council, the time we would normally announce a calendar, but we really want to support them locally, which is why it was done in Korea and not as a global announcement."