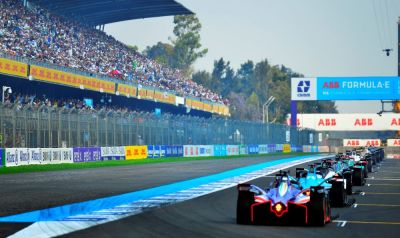 Jamie Reigle, the chief executive of all-electric racing series Formula E, has told Reuters that “all options” are being explored to complete the 2019/20 season.

Formula E is currently suspended as a result of the Covid-19 pandemic, with races in China, Italy, France, South Korea and Indonesia so far postponed.

Reigle said one alternative would be to hold events without spectators and temporarily move away from racing in city centres, which has been at the core of Formula E’s offering since its inaugural 2014/15 season.

“We find ourselves of course in a very different moment and I think everyone is in improvise mode so we need to look at all alternatives,” Reigle told Reuters.

“We’ll look at behind closed doors, we’ll look at tracks, we’ll look at venues that otherwise wouldn’t be a natural Formula E venue. That doesn’t signal a change in the overall strategy, it’s just a reflection of the current circumstances.”

Formula E is also likely to be forced into changes for its scheduled events in London and New York City, given that the venues slated to host those race weekends have been transformed into temporary hospitals for coronavirus patients.

The series is due to return to the English capital on 25th and 26th July with a double-header on a unique indoor to outdoor track that passes through the ExCel exhibition centre, which has been converted into the Nightingale Hospital.

Meanwhile the New York City ePrix, currently scheduled for 11th July, takes place along a circuit adjacent to the Brooklyn Cruise Terminal, which is to be used as a 1,000-bed field hospital during the health crisis.

“Clearly I can’t look you in the eye and say we’re going to race [on those dates in London and New York] given that pattern,” Reigle said.

“Could we race later in the year? We’re looking at all options right now.

“In simple terms if you work backwards from next season, which starts in the middle of December, we’re trying to shrink that off-season period as much as we can to create space in the calendar to race in August and September.”

Despite the fact that Formula E faces rescheduling a backlog of events for later in the year, Reigle added that he is hopeful the series will be back on track in time for the 2020/21 season, although he admitted that compromises will have to be made for the new campaign to begin as scheduled.

“One is some races in Europe and in Asia in July and August and September, which are more typical Formula E races in cities, and then there’s the behind closed doors at tracks and in remote locations,” Reigle said.

“I’ll be very disappointed if we don’t start our next season in December. But I suspect if that’s the case we’ll be dealing with much bigger issues than racing calendars.”

Formula E, the International Automobile Federation (FIA) and the series’ teams have already agreed on several cost-saving measures amid the coronavirus outbreak, which include postponing the launch of the championship’s Gen2 car until the 2021/22 season.

In addition, Formula E announced earlier this week that it had partnered with the Unicef charity to protect vulnerable children and families most at risk during the pandemic.

As part of the partnership with Unicef, Formula E has unveiled a nine-week esports competition featuring drivers and gamers that will raise funds for the global coronavirus appeal.

Unicef: the ABB Formula E Race at Home Challenge gets underway on 18th April with a pre-season test event and will be shown live across YouTube, Twitch, Facebook and Twitter, as well as Formula E broadcast partners