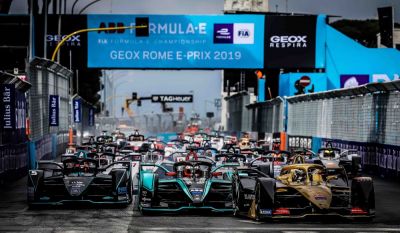 The Formula E all-electric racing series has agreed a five-year extension to continue staging an ePrix in Rome until at least 2025.

The deal, which was signed off by members of the Rome City Council, ensures that the Italian capital will remain on the championship’s calendar through to its 11th season, subject to approval of the International Automobile Federation (FIA).

Rome first hosted an ePrix in 2018. This year’s race, which was scheduled for 4th April, had to be postponed as a result of the coronavirus pandemic.

Alejandro Agag, Formula E’s founder and chairman, said: “Italy is a strategic market for us, and we are determined to keep working with the country to grant a further growth of the championship, in terms of popularity and competitiveness.

“We have involved some of the biggest players in the industry to work together towards a gradual change in how electric mobility is perceived. This process will have major global consequences.”

Rome mayor Virginia Raggi added: “Rome is once again a key reference for Formula E and remains a key attraction for big events. When we exit the health emergency, we will need to come back much stronger than ever before.

“Our city is ready for this challenge and the Italian capital will be the symbol of the series until 2025. This agreement will bring many investments in urban areas and make our collaboration much stronger.”

It remains unclear whether this season’s Rome ePrix will be rescheduled with Formula E races currently suspended until the end of June due to the global health crisis.

Races in China, France, South Korea, Indonesia and Germany have also so far been postponed, while this season’s final two events in New York City and London are likely to face complications given that the venues slated to host those race weekends have been turned into temporary hospitals for Covid-19 patients.

Formula E chief executive Jamie Reigle recently told Reuters that the series was exploring “all options” to complete the 2019/20 season, including staging races behind closed doors in remote locations.