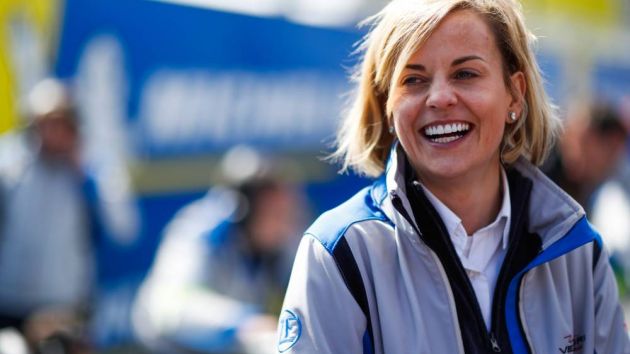 As part of the shakeup, former driver Jerome D'Ambrosio will take on the role of team principal ahead of the start of Formula E’s season eight.

Wolff has run the racing outfit as team principal since 2018, securing two race wins and five podiums in the 2020/21 season alone.

In her new role, Wolff is expected to attend fewer races, but will seek out a new powertrain supplier for Rokit Venturi Racing as current supplier Mercedes will exit Formula E at the end of the 2021/22 season.

In addition, she will oversee commercial and strategic operations for the team.

"After serving as team principal for the past three years, the timing feels right for this change," said Wolff.

"Since taking on this role in 2018, I have experienced a great sense of pride and achievement from how we have gone from strength to strength as an organisation.

"Since joining the team last year, Jerome has made a positive impact and I know that I’m leaving the team operations in very capable hands as Formula E advances towards its third generation of competition in season nine."