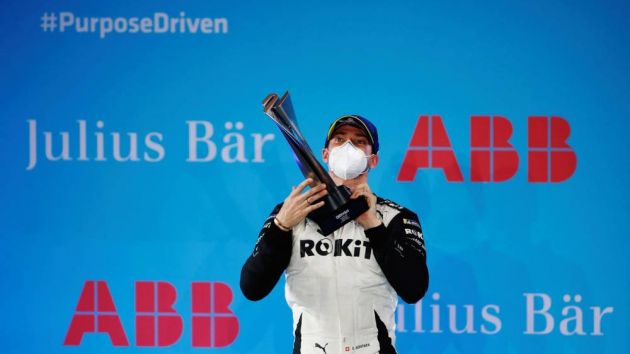 The pair have worked together since Formula E's 2018/19 season and the extended partnership is set to last for the duration of the upcoming 2021/22 campaign.

As part of the expanded deal, Julius Baer's logo will feature on Rokit Venturi Racing's season eight car, as well as in the garage as part of a new branded VIP area.

Additionally, the pair will run a series of activations to celebrate the new deal.

"Season seven was our most successful season yet and with such a strong driver line-up for season eight we’re delighted that Julius Baer have once again demonstrated their faith in us as an innovative platform for their brand," said Susie Wolff, Rokit Venturi Racing's team principal.

"We share a pioneering spirit, and we are both committed to expediting social and environmental change. Season eight will see a new dimension to the partnership with increased branding and long awaited, fully immersive event experiences and we’re looking forward to sharing what promises to be another action-packed race season in 2022."

Elsewhere in Formula E, the Nissan E.dams team have announced a multi-year extension to their partnership with energy giant Shell.

As part of the extended deal, the pair will continue to develop high-performance e-transmission fluids to improve Nissan E.dams' performance on track.

In addition, Shell's branding will feature on Nissan E.dams' car for the upcoming season eight.

“As we move forward into season eight and beyond, we’re delighted to continue our collaboration with Shell, whose advanced range of E-fluids plays such an important role in keeping our powertrain as efficient as possible," said Tommaso Volpe, Nissan's global motorsport director.

"We look forward to more success with Shell as a valued partner in our Formula E racing efforts."