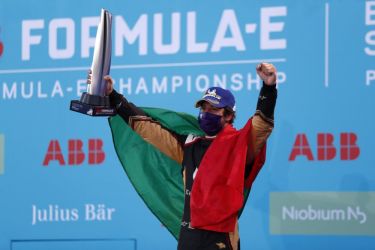 German broadcaster ProSiebenSat.1 has secured free-to-air (FTA) rights to the Formula E all-electric racing series as part of a multi-year deal commencing in 2021.

From the start of its contract, ProSiebenSat.1 will show every race via its flagship Sat.1 channel, as well as producing non-live Formula E and electric mobility content across its various channels.

Though terms of the deal were not disclosed, Germany has proven to be an important market for the series, while Berlin is the only city to host races in every Formula E season since its inception in 2014.

Having been forced to postpone its existing 2019/20 season in March, Formula E resumed in Berlin earlier this month to close out the campaign with six races in nine days at the Tempelhof Airport site.

Many of the series stakeholders also hail from Germany, including Allianz, BMW i, Bosch, DHL and Hugo Boss. Four of the constructors on the Formula E grid – Audi, BMW, Mercedes-Benz and Porsche – are German.

Aarti Dabas, Formula E’s chief media officer, said: “Germany is an important market for Formula E, our teams, manufacturers and partners. ProSiebenSat.1’s focus on delivering localised and high-quality coverage using diverse talent and innovative presentation will enable us to grow the reach, engagement and affinity for our sport.

“Our partnership with ProSiebenSat.1 will deepen our connections with Formula E fans in Germany through localised activities and custom content targeting the electric generation. As we enter our first season as an FIA World Championship this partnership will ensure Formula E reaches the broadest possible German audience.”

“Our 'ran racing' team is excited to be accompanying and shaping this fascinating path of sustainable formula motorsport in the long term and to giving Formula E – as the racing series of the future – a home on German free-to-air television."

Stefan Zant, managing director of 7Sports, the umbrella firm for ProSiebenSat.1’s sports division, added: “Electric mobility is an absolute future topic and the best example of our strategy of not only acquiring new rights but also building up innovative topics in the long-term.

"We have numerous plans for presenting and delivering sustainability and electric mobility beyond the mere racing season. The broadcast of Formula E on all platforms should be of interest to all advertising partners who want to engage in a sustainable environment.”

German broadcast rights for Formula E are currently held by pan-European broadcaster Eurosport, which shows live races in 54 markets, under an expiring three-year deal signed in 2017.