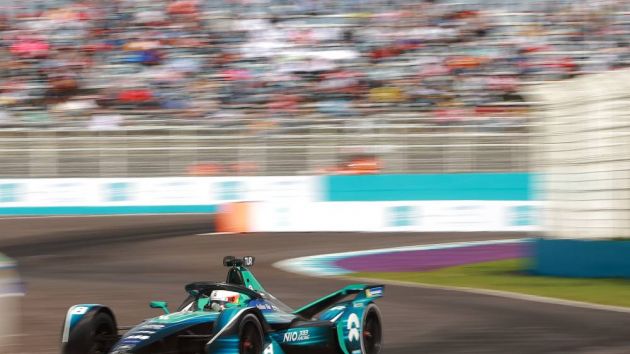 The FIA's Environmental Accreditation programme is aimed at assisting motorsport properties worldwide improve their environmental performance and recognising the achievement of doing so.

Credit was given to Nio333's climate change impact and action campaign which featured across its social media platforms throughout the 2020/21 season as well as the team's 'carbon tracker', which calculated their overall carbon footprint.

In addition, Nio333 worked alongside Formula E on their joint logistics initiative to reduce the environmental footprint caused by travel to and from events.

"I feel honoured that the team has obtained the FIA Three-Star Environmental Accreditation," said Vincent Wang, chief executive of Nio333.

"In the past season, in addition to competing in the world’s most competitive motorsport championship, the Nio333 Formula E team has also actively undertaken social responsibility and strived to be a leader in the cause of sustainable development.

"Honour and responsibility coexist, and the certification standard is scientific and strict. It puts forward higher requirements for our future work - to abide by various standards, be strict with ourselves, and set an example to society. China has also solemnly made a commitment to aim for carbon neutrality by 2060."

The team joins the Mercedes-EQ Formula E team, Ferrari and Formula One, who have also been awarded the FIA's top environmental award.