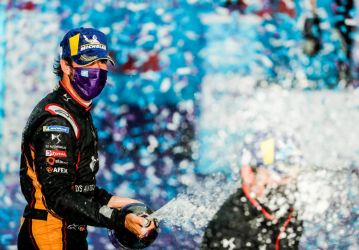 The Formula E all-electric racing series has achieved a certified net-zero carbon footprint, becoming the first sport to do so.

The milestone dates back to the series’ first season in 2014, based on a framework set out by the United Nations (UN), which has seen Formula E implement a variety of measures to reduce its emissions. These have included enhanced recycling of its car battery cells, cutting out single-use plastics at race venues, and the serving of 100 per cent locally sourced and seasonal food at events.

Optimising transport and logistics during the season has also played a major role in reducing carbon emissions. Transport alone accounts for up to 75 per cent of emissions by Formula E, which is still looking to cut that output by 25 per cent in time for the 2022/23 campaign by replacing air transport with shipping where possible.

While certain emissions, such as spectator travel, are classed as ‘unavoidable’, Formula E has been able to offset these thanks to its investment in ‘Gold Standard’ sustainable projects and renewable energy production. The series had already reduced fan emissions by 20 to 50 per cent through a no-parking policy at race markets.

The term ‘net-zero’ refers to achieving an overall balance between emissions produced and emissions taken out of the atmosphere of the earth, meaning Formula E is not having a negative effect on the overall environment of the planet.

The sustainability drive across motorsport has also seen Formula One announce plans to have a net-zero carbon footprint by 2030.