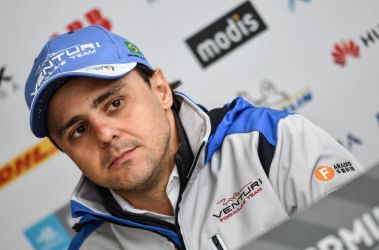 This is despite generating a record €133.4 million (US$149.4 million) of revenue, 78 per cent of which came from licensing and fees for hosting races.

The increased turnover was outstripped by a reported €44 million (US$49 million) increase in costs, attributed to more staff and development of the new car design, which made its Formula E debut this season.

In the financial accounts filed with the UK’S Companies House, the results cover the racing series’ entire fourth season, which began in December 2017 in Hong Kong and finished with back-to-back races in New York in July 2018.

The accounts also state that the company’s solvency is dependent on support from its parent company, Formula E Holdings, adding that in 2018 “the group successfully closed another round of funding, raising approximately €10.5m (US$11.7 million) of equity. The consideration was partly used to repurchase back some of the base shares from the chief executive of the group [Alejandro Agag] for €5 million (US$5.5 million).”

As Formula E grows it still continues to attract big-name manufacturers to the sport, such as Audi and Jaguar, with the latter pumping a minimum €36 million (US$40 million) into the so far.

Formula E has also doubled its total overall attendance during its fourth season to 476,000 and saw television viewership rise from 223 million to 330 million globally.

The €40 million (US$44 million) plus rise in revenue marks the sport’s latest efforts to get in the black. Race promotions and licensing income in particular saw a swell of interest, with Swiss-Swedish corporation ABB becoming the sport’s title sponsor. This comes after Formula E signed sponsorship deals with Bosch and Heineken.

A large portion of future income looks set to come from Saudi Arabia after Formula E signed a ten-year deal with the Gulf state last May. Although the value of the deal was not officially disclosed, the Verge reported it was worth US$260 million spread across the ten years.