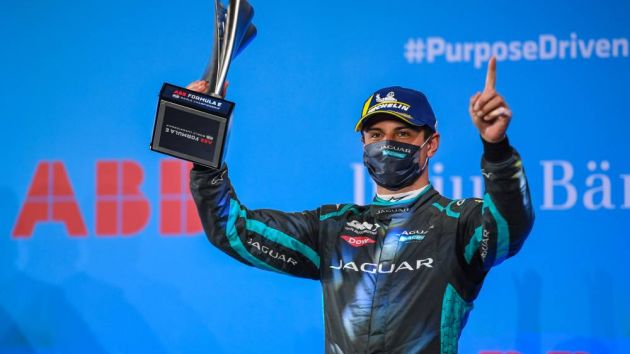 Electric single seater series Formula E has revealed that it is working towards implementing a junior championship ladder.

The production-based Formula E support category, the Jaguar I-Pace eTrophy, was cancelled ahead of the 2021 season, primarily due to financial issues related to the onset of the Covid-19 pandemic. Since then, the series has run without a support category.

Despite this, there are plans to fill the schedule each racing weekend. This includes a proposed celebrity race at the Vancouver ePrix in 2022.

However, in order to develop a longer-term developmental solution, Formula E is working on an electric single seater junior ladder.

"We obviously are planning to have a full ladder to Formula E. We need to electrify the whole ladder starting even from karting," Alberto Longo, Formula E's chief championship officer and series co-founder, told Autosport.

"We have a very aggressive and very clear targets on that.

"Obviously, the Covid has been kind of a hard stop into all these plans for obvious reasons.

"But we are still working on it and hopefully in the very close future we will be starting to have different championships underneath Formula E."

Previously, there has been speculation that Formula E's first-generation, or Gen1, vehicles could be used in junior categories. Now, Longo has ruled this out due to their historical significance and expensive maintenance costs.

"Gen1 cars at the moment have been, more or less, not all but some of them, are being owned now by the collectors," he said to Autosport.

"They really wanted to have a piece of history, which is the Gen1 car.

"They're expensive to maintain as well. We really have to go on a more efficient way."