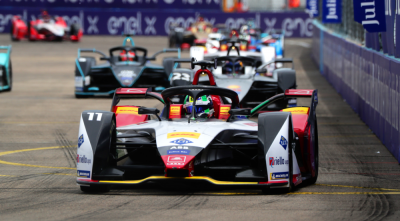 All-electric street racing series Formula E has confirmed that Jakarta in Indonesia will feature on its calendar for the first time during the 2019/20 season.

The inaugural race in the Indonesian capital will take place on 6th June 2020 around the National Monument in Merdeka Square in the city centre, subject to circuit approval of the FIA World Motor Sport Council.

Jakarta had been expected to land a Formula E race since it was reported in July that Anies Baswedan, the city’s governor, had flown to last season’s finale in New York for discussions regarding an ePrix in Indonesia.

Jakarta will be one of three new destinations to feature during Formula E’s sixth season, joining new events in London, England and Seoul, South Korea.

Formula E described Indonesia, which is the world’s fourth most populated country, as ‘an important strategic market’ for the series ‘to inspire future generations to embrace clean energy’ and ‘tackle the effects of air pollution’.

“The calendar for this coming season of the ABB FIA Formula E Championship was already shaping up to be something special, but to add another race in Asia and Indonesia in particular is incredibly exciting,” said Alberto Longo, co-founder and chief championship officer of Formula E.

“Indonesia already has an affinity with motorsport - hosting races and events in the past and developing drivers who’ve progressed up the ladder - as well as having an extremely engaged and growing fan base.

"On top of that, it’s also an emerging market for electric vehicles, with increased investment already being made to push production and clean up the air around the cities.”

The announcement comes shortly after Formula E revealed record revenues of €200 million (US$220 million) for the 2018/19 season, while it also made a profit for the first time in its five-year history.

The 2019/20 Formula E season is set to feature a record 14 races across 12 countries, starting with a double-header in Saudi Arabia on 22nd and 23rd November.