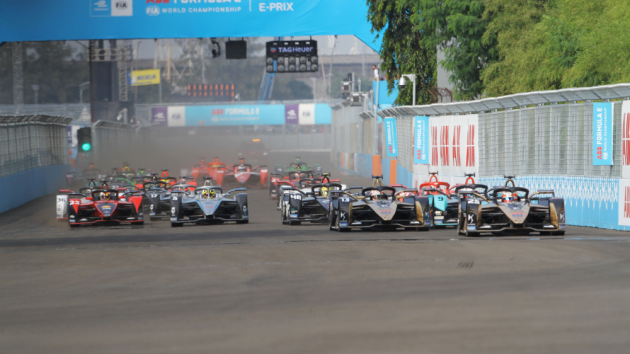 The all-electric Formula E series has seen its inaugural Jakarta ePrix attract a record-breaking live audience of 13.4 million in Indonesia, the largest of a race from a single market in the series' history.

The race aired live on Indonesia’s leading free-to-air channel RCTI as part of the new broadcast partnership with MNC Group for this season.

A sellout crowd of more than 60,000 fans attended the Jakarta ePrix and the festival in Ancol.

Short-form highlights of the Jakarta E-Prix have been viewed more than 1.2 million times on YouTube with race week content across all social media platforms totalling more than 22.6 million impressions, beating all season milestones to date.

“Formula E’s unique racing format clearly appeals to the huge and passionate motorsport fanbase in Indonesia. The Jakarta E-Prix made history twice as our first race in Indonesia and for attracting the biggest live audience from a single market,” said Aarti Dabas, chief media officer of Formula E.

“This has set a new standard for Formula E’s live broadcast coverage and as we continue to grow as a world championship, we expect to further unlock the potential for live audience growth across our 150+ international TV markets.”