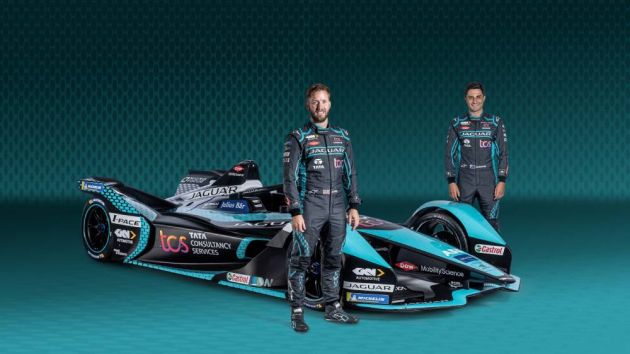 The multi-year deal will see the team renamed as Jaguar TCS Racing with immediate effect.

Jaguar Land Rover Motorsport has been rolled out with the goal of developing electrification and sustainability-focused solutions in Formula E that can be used in the brand’s road cars. The plans fall in line with the British automotive giant's plan to become an all-electric brand from 2025.

Uncommon will take on the role of Jaguar Racing's teamwear partner and supply the team with clothing created from sustainable materials.

"Launch day is always exciting as we look forward to the possibilities of the upcoming season after months of hard work behind the scenes," said Barclay.

"Welcoming a brand-new title partner – Tata Consultancy Services – is a real honour and we look forward to a highly innovative and successful partnership together. It’s an announcement we’ve been looking forward to revealing and is an exciting time to see a global leader like Tata Consultancy Services joining other blue-chip brands in FIA Formula E.

"After our most successful season to date we have been working hard to improve further on our performance with the aim to race for more points, wins and ultimately the world championship.

"During the off-season we’ve introduced a new Motorsport Executive Committee dedicated to maximising the opportunities of our motorsport activity including technology transfer from race to road. It is very special to be an integral part of reimagining Jaguar’s all-electric future."