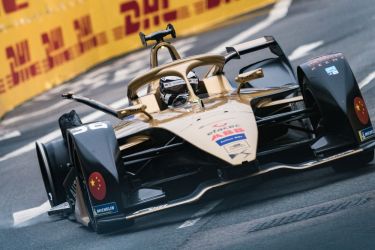 Formula E has replaced Hong Kong with Marrakesh, Morocco on the 2019/20 calendar, amid political unrest in the Chinese territory, with the International Automobile Federation (FIA) approving the schedule.

The all-electric motor series had been due to visit Hong Kong on 29th February 2020 as one of 12 hosts in a record 14 race Formula E season. But after violent protests against the domestic administration and the Chinese government, the FIA opted to make the switch to the Moroccan city, though the autosport body did not give an official reason for the change.

Marrakesh now steps up to take the fifth slot on the Formula E calendar, returning to host a fourth race since the 2016/17 season.

It is a blow to Hong Kong which has lost a number of high-profile sporting events recently as instability in the territory continues.

According to Autosport, Formula E remains keen on a return to Hong Kong for the 2020/21 campaign, adding that the series chose to drop it from this season’s schedule after talks with city officials concluded that the smooth running of the event – particularly concerning track construction – could not be guaranteed.

A Formula E spokesperson told Autosport: "After careful consideration and following conversations with key stakeholders, Formula E and event organisers have mutually agreed to not race in Hong Kong in season six.

"All parties, including the HKSAR government, remain committed to continuing racing in Hong Kong in future, while ensuring the operational excellence of our events."

Formula E also confirmed Sanya, China had filled the last free slot on the 2019/20 calendar, pencilling it in for 21st March.

The new season beings with a double-header in Diriyah, Saudi Arabia on 22nd and 23rd November, featuring a 24-car grid for the first time.