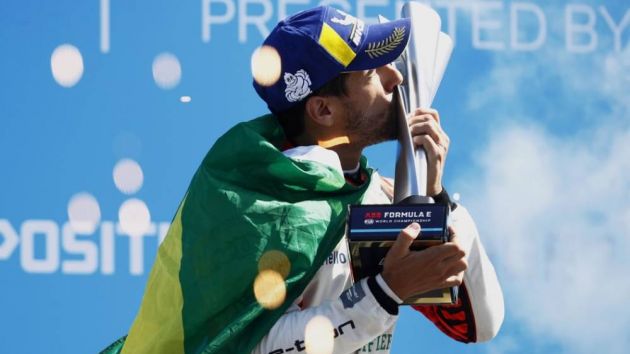 Electric single seater series Formula E has revealed that it has increased its global broadcast audience by 32 per cent year-on-year (YoY) to 316 million.

The championship expanded its free-to-air (FTA) broadcast agreements in several key markets, including the UK, other European territories and South America for its seventh season. The updated strategy saw Formula E reach pre-Covid-19 pandemic levels of viewership, despite a shorter calendar and no races in Asia.

Those FTA deals helped the Formula E record a 26 per cent increase in live viewership during races. By the end of season seven, live race audiences topped 62 per cent of the series’ total audience for the first time in its history.

The benefits of FTA distribution were best seen in Germany, where Sat 1’s coverage brought in a 338 per cent increase in viewership in comparison to the 2019/20 season. In the UK - where races were aired by FTA broadcasters Channel 4, BBC2 and Discovery-owned Quest - audiences grew by 156 per cent compared to the 2019/20 season.

Italy was also a growth market for Formula E viewership by 128 per cent over the same period as Italia Uno and Sky Italia shared coverage, whilst France saw an increase of 123 per cent following a new broadcast partnership with L'Equipe.

In South America, Brazilian audiences grew by 286 per cent on FTA channel TV Cultura and the Globo SporTV pay-TV network.

In addition, viewership in the US grew by 25 per cent on CBS and by 147 per cent in Indonesia after a deal was struck with FTA broadcaster TVRI.

"This was a record-breaking year for Formula E as we worked with our teams, media partners and sponsors to deliver a fan-first strategy emphasising live race audience development and direct engagement on our digital platforms," said Jamie Reigle, chief executive of Formula E.

"It’s clear there is strong fan interest in Formula E’s electric racing in cities and we are delighted to see our strategy of partnering with broadcasters committed to localised, engaging and accessible free-to-air coverage paying off.

"We are set for a fantastic season eight as we welcome back fans at our races in some of the most iconic city locations in the world. We are focused on strengthening our broadcaster footprint and relationships, increasing our global audiences and delivering an integrated media platform to serve our fans and support our continued growth."