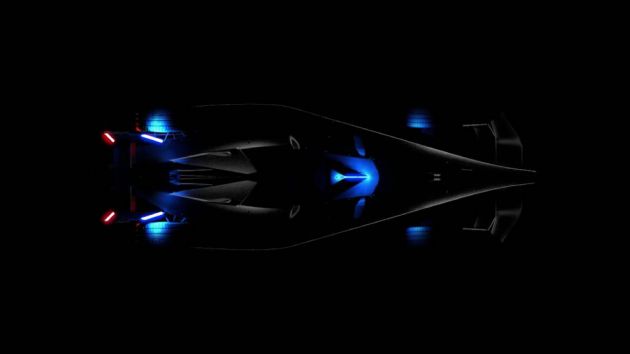 Electric single seater series Formula E has revealed its next generation car, known as Gen3, which will replace the current car at the end of the 2021/22 season.

Formula E's teams are set to receive their Gen3 cars in the spring of 2022 following further development testing on and off track.

Branded the world's most efficient racing car, 40 per cent of the energy used within a race will be produced by regenerative braking in Formula E's Gen3 vehicles.

Additionally, it will be the first formula car to feature front and back powertrains to produce a total of 600 kilowatts, double the regenerative capabilities in the current Gen2 car, and eliminate the need for hydraulic brakes.

The Gen3 car will also boast 350 kilowatts of power, reaching top speeds of 200 miles per hour, and have a power to weight ratio that is equivalent to a 470 brake horsepower (BHP) internal combustion engine.

During its lifecycle, broken carbon parts of the Gen3 car will be recycled and the tyres will also be produced from 26 per cent sustainable materials.

"The new Gen3 Formula E single-seater is a car created at the intersection of high performance, efficiency and sustainability," said Jean Todt, president of the International Automobile Federation (FIA).

"The work accomplished by the FIA’s teams together with Formula E, since the launch of the discipline eight seasons ago, tirelessly seek to drive innovation and further the development of sustainable mobility. I have no doubt that this new single-seater will elevate Formula E to the next level."

Jamie Reigle, chief executive of Formula E, added: "In designing the Gen3 car, we set out to demonstrate that high performance, efficiency and sustainability can co-exist without compromise. Together with the FIA, we have built the world’s most efficient and sustainable high performance race car.

"The Gen3 is our fastest, lightest, most powerful and efficient racing car yet. It is a creature designed for its habitat: racing on city streets in wheel-to-wheel combat. We look forward to witnessing it inspire and excite the next generation of motorsport fans in cities around the world from season nine of the ABB FIA Formula E World Championship."