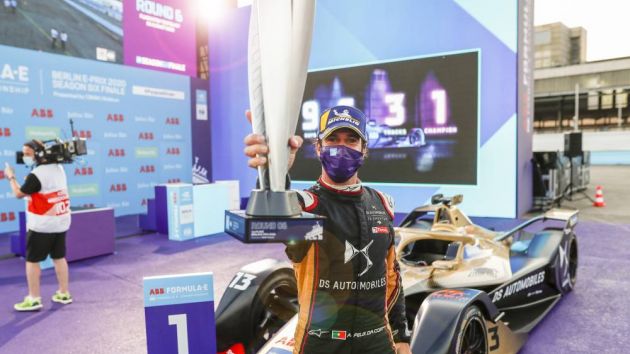 Formula E and the International Automobile Federation (FIA) have revealed the championship's calendar for season eight, set to take place in 2022.

The schedule will expand to a record-breaking 16 races, spanning 12 cities across four continents after the decision was finalised during the FIA's World Motor Sport Council meeting in Monaco.

Season eight will get underway in January 2022, opening with a double-header in Diriyah, Saudi Arabia.

Next, Formula E will travel to Mexico City, before heading to an all-new race in Cape Town, South Africa. Races in China, Rome, Monaco and Berlin will follow, before the series heads to a new venue in Vancouver, Canada in July 2022.

Then a visit to New York begins a series of double headers that includes two races at London's ExCel Centre before the brand-new season finale in Seoul, South Korea.

After a two-year break due to the Covid-19 pandemic, Formula E plans to return to Paris, France in 2023, coinciding with the introduction of the Gen3 cars.

Since the season eight calendar has been solidified, Formula E is now discussing the introduction of a new a support series.

Previously, the Jaguar i-Pace eTrophy ran alongside Formula E, however this was canned ahead of the current season.

Formula E chief executive Jamie Reigle told Autosport that the plan is to introduce a new support category after the introduction of the Gen3 cars in the 2022/23 season.

"We have Gen3 coming: a new car, potentially a new race format and certainly new cities," he said. "When I think of my top three on a to-do list, is the ladder on it? It’s not top three."

Currently, three options are being considered - a female championship, a single-manufacturer series and a junior category.

"For me, youth development, there's definitely a thread there," said Reigle.

"There's a gender angle as well, which is really interesting.

"And then there's our manufacturer partners and what they want to achieve with their link between the racing programme and the road cars, and that’s something we can do.

"I see those as three distinct opportunities. They can be blended; they could be done in parallel."

Asked if Formula E would consider running a similar female-focused championship to W Series, Reigle said: "Is there a challenge with Formula E attracting and developing drivers into the pinnacle of the sport?

"Is there a problem we're trying to solve? It's not entirely clear to me that there is. Access to some of the best driving talent isn't one.

"What are the big themes in sport today?

"Sustainability is one of them. We're pretty strong on that one. Gender diversity is a big one.

"Most big governing bodies, whether it's football, basketball, volleyball, etc, they all have a plan around developing a female platform. That’s something we should look at as well.

"It's more about how do you grow Formula E? And what is the best way to do that?"