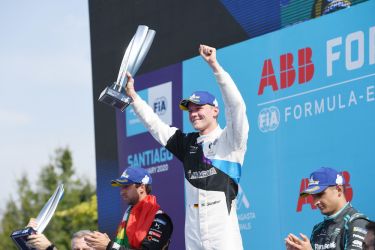 Santiago in Chile and Diriyah in Saudi Arabia will both host double-headers to begin the 2020/21 Formula E season as the all-electric motor racing championship sets about piecing together an updated race schedule.

Rounds one and two will take place in Santiago on 16th and 17th January, with back-to-back races marking the start of the series’ first season as an FIA-accredited World Championship.

The Saudi Arabian city of Diriyah will then stage the next two rounds on 26th and 27th February, having hosted Formula E events for the past two years.

A Formula E statement said while the Santiago races will be held behind closed doors, championship organisers and local authorities are hoping to stage the Saudi Arabian events with spectators on-site.

Races in Mexico City and the Chinese port city of Sanya, which typically take place in February and March respectively, have both been postponed until later in the year due to ongoing uncertainty surrounding the Covid-19 pandemic.

Formula E organisers say they are ‘focused on racing in as many of our international host cities as possible, adhering as closely to our planned and previously announced calendar as we can.’

The championship is, however, taking a cautious approach to next year’s calendar and will confirm its updated race schedule in sets, with the next set to be confirmed in early 2021.