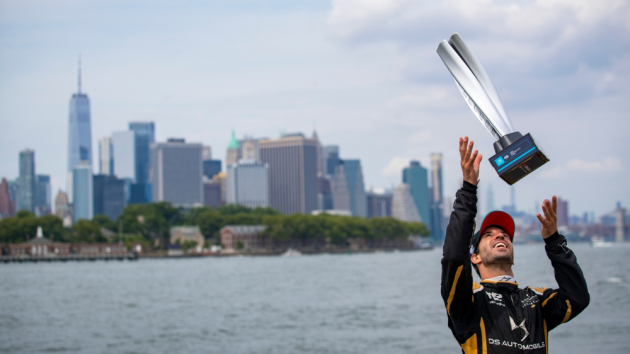 The trees have been placed in the Red Hook district of New York, one of the most underserved neighbourhoods in the city and particularly susceptible to poor air quality and flooding.

In its previous four visits to New York, Formula E has cleaned up the Hudson River by removing rubbish and plastic waste, as well as carrying out similar tree-planting schemes in other neighbourhoods.

Meanwhile, Formula E and its charity partner Unicef have launched the ‘Take a Breath’ campaign to highlight the impact that air pollution has on children in order to raise awareness and drive action to improve it.

“Take a Breath is fundamental in raising awareness of air pollution and ways we can all act to reduce it,” said Formula E’s director of sustainability, Julia Palle.

“With over seven million premature deaths attributed to polluted air annually, more education and action is needed so we can all live in a cleaner and safer environment. Children are the least responsible for climate change and yet they will bear the greatest burden of its impact.

“Formula E was founded to drive emobility development and reduce emissions, and impactful partnerships and campaigns sit at the heart of our work in delivering sustainable change.

“As the first global sporting organisation to partner with Unicef, we are helping create a cleaner, safer, and more sustainable environment where children and future generations can thrive.”