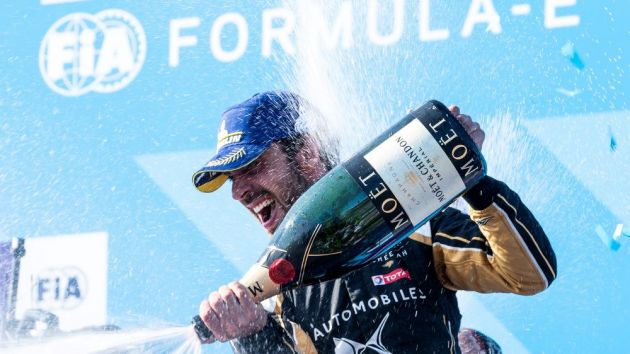 US broadcasting giant CBS has signed an exclusive, three-year broadcast partnership with Formula E to air the all-electric motor racing series from the start of the 2020/21 season.

Under the terms of the deal, CBS platforms will air every Formula E race in a 90-minute broadcast, including 14 from the upcoming campaign, through to the end of the 2022/23 season.

The contract guarantees July races in New York and London, which will air on CBS’ national commercial network, while eight additional events will be on the CBS Sports Network pay-TV channel. The remaining races, as well as all qualifying sessions, will be streamed on CBS Sports Digital platforms, including PlutoTV.

CBS replaces Fox, which has shown Formula E in the US since the series’ inaugural 2014/15 season.

The US remains a priority market for Formula E, having raced in the States every year since its inception in 2014 and has grown in popularity since introducing racing to five boroughs in New York state in 2017.

The global racing series also has two US-based racing teams on its grid, including BMW i Andretti Motorsport and Dragon-Penske Autosport.

US rights to Extreme E, the all-electric SUV sister series to Formula E, have been acquired by both Fox and Discovery’s dedicated Motortrend subscription streaming service.

At the top of the motorsport market, commercial broadcaster NBC has IndyCar and Nascar rights in deals running to 2024, while it shares the latter with Fox. Cable network ESPN is Formula One’s exclusive US broadcast partner.