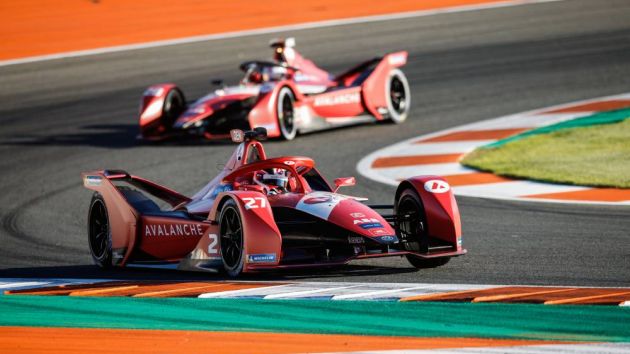 Alongside the International Automobile Federation (FIA), Formula E has outlined two new sets of regulations, one for teams and one for manufacturers.

The teams' spending limit for seasons nine and ten will be set at €13 million (US$14.6 million) per season, with limited exclusions, including costs linked to the commercial growth of the series and existing contractual commitments.

From season 11 onwards, spending will increase to €15 million (US$16.9 million) per season, including driver costs and additional spending associated with the development of the next generation car, known as Gen3, which is set to be introduced in season nine.

In comparison, the manufacturers' financial regulations have been established separately to enable continued research into powertrain development.

As part of the new regulations, starting from season nine, manufacturers will have their spending capped at €25 million (US$28.2 million) across two consecutive seasons. These include costs for development and research, as well as mandatory services to assist the teams.

"Over the past 18 months, we have worked closely with FIA and all participants in the ABB FIA Formula E World Championship to create a regulatory framework that will underpin the long-term financial sustainability for all participants in Formula E," said Jamie Reigle, chief executive of Formula E.

“When combined with recent enhancements to our technical regulations and sporting format, this financial system will strengthen Formula E’s value proposition.

"In partnership with the FIA, we have created a framework which places long-term financial success at the core the championship - supporting our existing teams and manufacturers while attracting new competitors and investment.

"The financial regulations are designed to complement our ambitious technical roadmap and enable manufacturers in Formula E to showcase the potential for electric vehicles in the most demanding racing conditions: the ABB FIA Formula E World Championship.

"The shift to electric vehicles is accelerating and Formula E’s Gen3 car will set the standard for performance and efficiency. There is no turning back."

Elsewhere in Formula E, the series has confirmed its season eight calendar following a meeting of the FIA World Motor Sport Council (WMSC).

As part of the updated schedule, Berlin and Rome will each host double-header events, as races in China and Cape Town have been cancelled due to the impact of the Covid-19 pandemic.

In addition, the 16-race calendar will see Formula E visit the streets of Vancouver, Jakarta and Seoul for the first time, with the series also making a return to Diriyah, Mexico City, Monaco, New York and London.

"The ABB FIA Formula E World Championship 2021/22 calendar is our most extensive to date and we look forward to working alongside all our host cities to deliver 16 world class races," said Alberto Longo, chief championship officer and co-founder of Formula E.

"The season eight line-up of drivers is arguably the strongest we’ve seen, and the revised sporting regulations will provide a renewed and strengthened sporting platform."