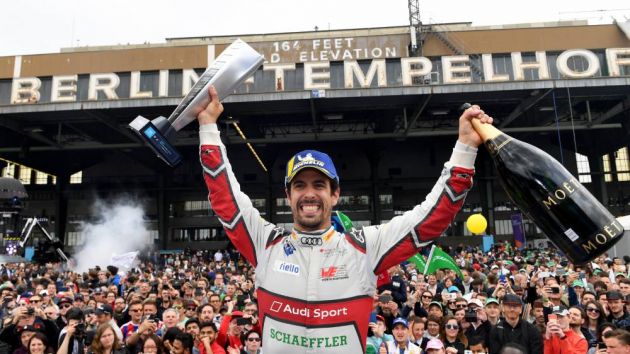 Electric single-seater championship Formula E has announced BMW i, the sub-brand of the German car giant, as the title sponsor of the upcoming Berlin ePrix.

The event, which will be held over 14th and 15th August at Berlin's Tempelhof Airport, will be named the 'BMW i Berlin ePrix presented by CBMM Niobium'.

Acting as the title decider for the 2020/21 season, the Berlin ePrix will crown the first Formula E world champion since the series received International Automobile Federation (FIA) world championship status.

It will also be the first Formula E event since the start of the pandemic to allow spectators to attend, with 10,000 general admission grandstand seats available for the double-header weekend.

"As BMW’s home race, I know everyone at BMW i is excited to be our race title partner and welcome the safe return of thousands of German supporters to the grandstands,” said Jamie Reigle, chief executive of Formula E.

"It is made even more special as it marks the conclusion of our first year as an FIA World Championship. In 2021 we’ve raced in iconic cities of the world including Rome, Monaco, New York, London, and Berlin will for the second year in a row deliver a wonderful finale.”