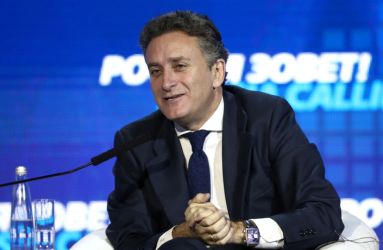 The series, which also has powerboating’s international governing body the Union Internationale Motonautique (UIM) on board, will be run in direct association with Extreme E, the all-electric off-road SUV racing competition, which is also the brainchild of Agag and set to start in 2021.

The new boating series will feature races in a selection of Extreme E’s locations, as well as additional host cities. As with Extreme E, this new venture will use an electric racing concept to showcase performance capabilities, whilst at the same time providing a competitive platform to accelerate advancements in technology.

Agag will oversee the project as non-executive chairman, with Basso taking the helm as chief executive.

Further details including the series’ format, vehicle features, race calendar, and overall sporting vision will be announced on 25th September.