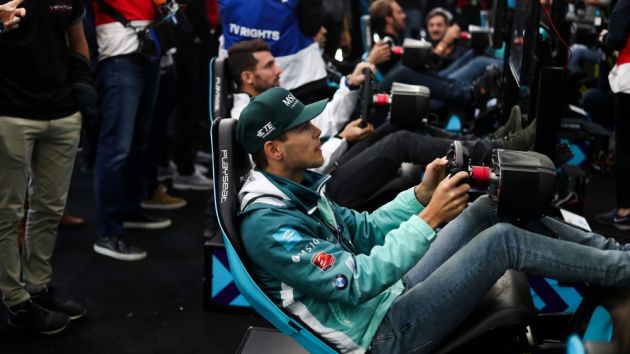 Formula E has announced a new six-round esports competition that is offering a minimum prize pool of €100,000 (US$122,000) and the opportunity to drive a car from the all-electric racing series.

Formula E Accelerate will feature 24 players, who will be mentored by the series’ teams and drivers, competing against one another in a simulated racing experience using rFactor2 software. Participants will also score Formula E Accelerate points for a real-life team.

Prior to the competition, which builds on the Formula E Race at Home Challenge in support of Unicef, there will be online qualifying open to the public with the top-three quickest times on the Berlin Tempelhof ePrix circuit earning places on the virtual grid. Those who participate in all six races will receive a share of at least €100,000 with the overall winner earning a test drive in a Formula E Gen2 car.

There will be two additional virtual races, each featuring 12 real-life Formula E drivers, one per racing team, during round four and the grand final of Formula E Accelerate. Points from these races will be added to the overall team standings.

Each 25-minute race will be broadcast in a 90-minute programme, featuring Formula E drivers, team principals and other special guests. All races will be live on Formula E social and streaming platforms.

Financial services provider Allianz will join the competition as a premier partner. Swiss industrial technology giant ABB and German logistics company DHL are also on board as partners of the esports series.

“Following the success of the ABB Formula E Race at Home Challenge in support of Unicef, we have evolved our esports product for both gamers and fans,” said Hannah Brown, Formula E’s chief strategy and business development officer.

“The added element of energy management and Attack Mode translates the real-life Formula E racing experience into the virtual world more accurately than ever before and tests the sim racers’ ability to master electric racing.”