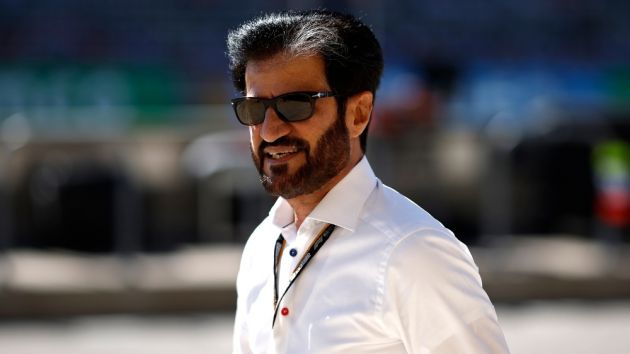 International Automobile Federation (FIA) president Mohammed Ben Sulayem has revealed he had to navigate a court case and a US$20 million deficit during his first year in charge of the global governing body.

The legal issue, which was brought by the device's inventor Jens H. S. Nygaard, was eventually settled, but Ben Sulayem had to devote much of his early time in the role to the issue.

“Imagine yourself being elected in the role after all these years of trying, everybody having a party on the night of the 17th [December], then you go to the office on the 18th and 10 o’clock in the morning, the first thing you meet is your legal people and they say you have a big court case with the halo,” he told Motorsport.com.

“We cannot talk much about it, but the feeling I had was not good. But you go on, it’s huge but I’m very happy that a month ago that was cleared.

“It was a big burden on my shoulders, because as president, it would have affected us in a very legal, financial way. Now it’s behind us, and the halo is patented to the FIA, so that’s good.”

In recent months, the FIA's time has been spent trying to clear a US$20 million deficit, something Ben Sulayem was not previously aware of but claims existed “even before the pandemic”.

This deficit was reportedly one of the reasons that the FIA hired Natalie Robyn in September, the organisation's first ever chief executive.

Ben Sulayem continued: “We never had a CEO for 118 years. And if we want to deal with the challenges that's going on, I cannot go and. micromanage.

“We all know and I'll be very honest with you, we had an issue with the finance. We had a deficit this year, which was over $20 million. I'm very happy to know that even with it, we never stopped any of the support of the grants or the efficiency of the FIA towards any ASN [National Sporting Authority] or any club. And we're still saving.”

While Ben Sulayem says he learned a lot in his first year in charge, he thinks there will always be room to improve, specifically with communication between the organisation and the teams and drivers.

“I don't think we can address just one regulation and leave it and then say that's it, we fixed it,” he concluded.

“It hasn't been easy. We had a few of the issues, but there is no blame game. I feel that, with the right people, we are in the process of improving the sport.”