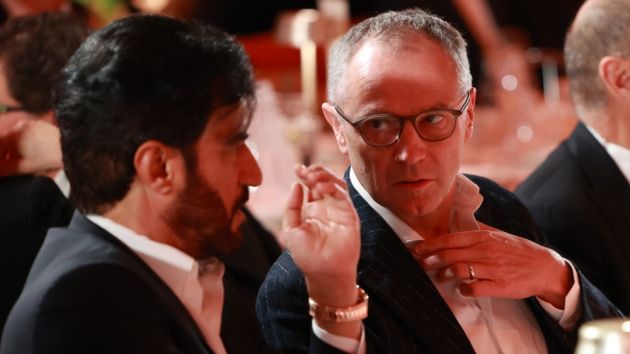 Mohammed Ben Sulayem, president of the International Automobile Federation (FIA), has revealed a new process is set to be implemented for new teams wishing to join the Formula One grid.

On 2nd January, Ben Sulayem tweeted: 'I have asked my FIA team to look at launching an Expressions of Interest process for prospective new teams for the FIA F1 World Championship.'

All previous communications from the FIA and Formula One have indicated a lack of interest in expanding the ten-team grid, with Formula One president Stefano Domenicali stating the series is in no rush to add new teams.

The most high-profile of the interested parties is Andretti Autosport, as Michael Andretti has made public, concerted efforts to generate support for a potential entry for the American team.

Hong Kong-based billionaire Calvin Lo has also said he is weighing up the possibility of forming a new Formula One team for the 2026 season.

Andretti have also announced plans to construct a US$200 million facility for its global motorsport operations and 'future racing initiatives', highlighting their desire to enter the top level of motorsport.

So far, there has been a lack of support for the addition of an 11th team, such as when Mercedes team prinicipal Toto Wolff commented: “If a team comes in, how can you demonstrate that you’re bringing in more money than it’s actually costing?

“[An] 11th team means a ten per cent dilution [in prize money] for everybody else. So, if one is able to demonstrate that, then we should all be sitting on the table, but that hasn’t been demonstrated yet.

“The value of Formula One is that it’s a limited amount of franchises, and we don’t want to dilute that value by just adding teams.”

The dilution of the prize money appears to be the most pressing issue for existing teams, and there are rising complaints that the current entrance fee for new teams of around US$200 million is no longer enough to offset the existence of an extra team.