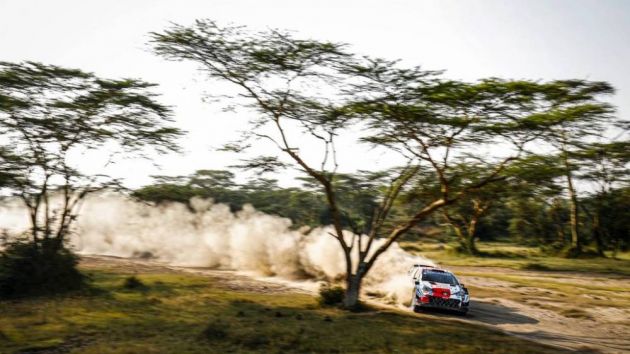 The International Automobile Federation's (FIA) ‘FIA for All’ campaign, lead by presidential candidate Graham Stoker, has launched a new plan to develop motorsport in Africa.

The broad proposal aims to improve motorsport across the continent by strengthening the operational foundations for future events, implementing legacy projects and boosting commercial partnerships.

The FIA's plans will be centralised under five pillars. These include invigorating motorsport in Africa, reinforcing the African Rally Championship and implementing a talent programme, as well as creating new regional championships for the continent.

Secondly, the proposals are aiming to strengthen the existing African sport clubs, improve management skills and implement a mentoring programme.

The development plan will also seek to improve commercial partnerships by determining a firm value proposition and look to establish legacy projects, which include infrastructure development and education programmes.

Finally, the FIA's plan will link up with social responsibility programmes, including the presence of women in motorsport and the 2023 African Games in Ghana.

Stoker's plans have been overseen and approved by the Rwanda Automobile Club's president Christian Gakwaya, with contributions from FIA vice president for sport, Surinder Thatthi.

In addition, the FIA will work alongside motorsport clubs in Africa and Motorsport South Africa to implement its goals.

"The development of motorsport is a central pillar of our campaign and we fully support this comprehensive vision for the sport in Africa," said Stoker. "These are concrete actions that will have an immediate positive effect in the region and I’m looking forward to putting them in place."

Gakwaya added: "There’s a huge passion for motorsport in Africa, as the recent Safari Rally in Kenya demonstrated, but we need to improve the infrastructure to capitalize on these opportunities. We must create an environment where anyone with an interest in participating in the sport can do so whether that’s as a driver, engineer or volunteer.

"We want to establish African championships in their own right so they are as successful, both commercially and competitively, as corresponding events and championships in Europe and Asia. I believe that under Graham Stoker’s vision and leadership we can go a long way to achieving this in the next five years."