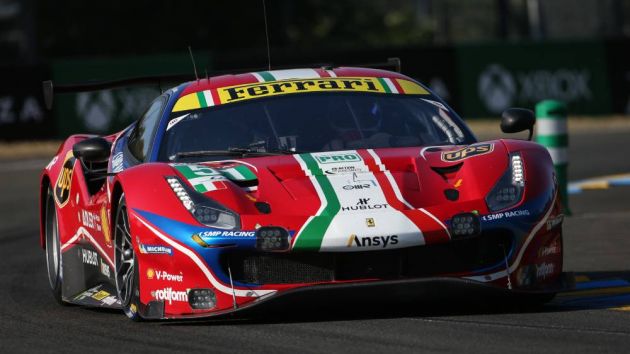 Ahead of a return to prototype racing in 2023, Ferrari’s World Endurance Championship (WEC) outfit have extended their partnership with fellow Italian racing team AF Course.

In February, it was announced that Ferrari would be returning to the Le Mans elite 24-hour endurance race in 2023, 50 years since the Italian marque last competed in that category. The team is currently designing and building a hypercar and will compete alongside Toyota, Glickenhaus, Peugeot, Porsche and Audi.

The Italian racing team partnership stretches back to 2006, with AF Course running Ferrari's GTE Pro campaigns in WEC since the series' return in 2012.

Ferrari’s head of racing, Antonello Coletta, described the extension of the partnership as "an important step towards the debut of our LMH in the WEC".

"We are happy to have a reliable partner like AF Corse with us for this project," he told Autosport. "Ferrari and AF Corse have enjoyed a solid relationship for a long time, as you can see in the WEC, where we run our official 488 GTEs together with the Piacenza-based team.”

"We are proud of this announcement," added Amato Ferrari, AF Course chief executive.

"It is the crowning of a dream and recognition of the great effort made over the years.

"Our partnership with Ferrari is a winning one that began in 2006, and I am delighted to continue it in the LMH project."

Historically, the AF Course and Ferrari's partnership has been a success, as the pair secured the WEC manufacturers' GT championship five times and won three drivers' titles.

In addition, the pair will continue running their existing GTE Pro programme until the end of 2022.