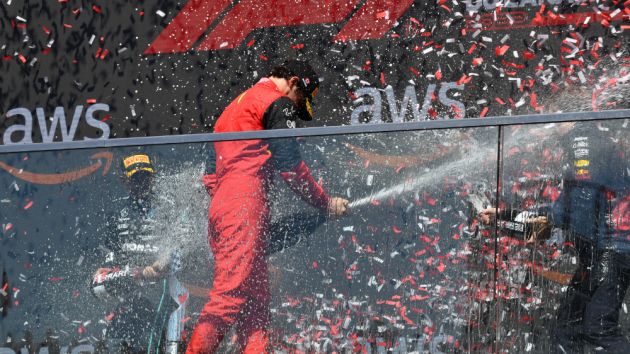 Ferrari Trento has extended its sponsorship of the Formula One podium celebations and will continue to supply its sparkling wine until 2025.

The Italian company officially became the sparkling wine supplier for the series in 2021 on a three-year contract, and it announced that it will continue in this role for another two years after this deal expires.

“We are thrilled to announce that Ferrari Trento is extending its partnership with Formula One for another two years," said Brandon Snow, managing director of Formula One.

“It is a huge testament to all those involved to be announcing such an exciting extension after just one full season into the partnership and we are very excited to continue to have them present at every podium until 2025”.

Matteo Lunelli, president of Ferrari Trento, added: “When we announced this partnership in 2021, we talked about it not only being a great achievement, but also a starting point.

“Today, just a year later, we can confirm that this partnership has revealed itself to be an incredible opportunity for communicating our values to a vast and enthusiastic audience all over the world.

“Exactly 120 years after the foundation of Ferrari Trento, we are proud that our sparkling wines are increasingly present on the global stage and that they have become part and parcel of the excitement and entertainment that Formula One provides.”