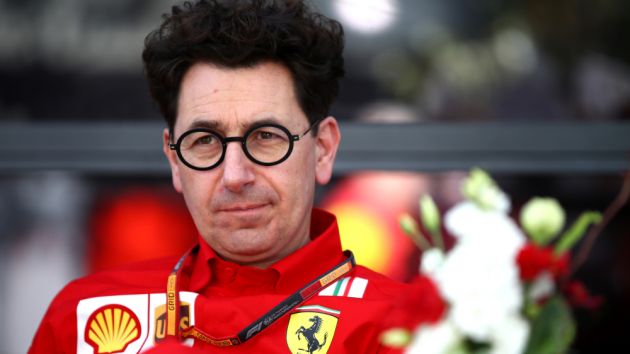 Continuing the war of words with Liberty Media-owned Formula One over the global motorsport series’ budget cap plans, Binotto said the proposed regulations would lead to some Ferrari staff being made redundant.

The budget cap had initially been set at US$175 million but some teams had wanted a limit closer to US$100 million to ensure the sport survives the coronavirus pandemic.

Formula One's new US$145 million budget cap is set to be introduced for teams from 2021 and Binotto said Ferrari are looking at options to ensure their employees retain their jobs.

"Ferrari feels a lot of social responsibility towards its employees and we want to be sure that for each of them there will be a workspace in the future," Binotto told Sky Sports Italia.

"For this reason we have started to evaluate alternative programs and I confirm that we are looking at IndyCar, which is currently a very different category from ours.

"At Ferrari we were structuring ourselves based on the [US$175 million] budget approved last year, and the further reduction represents an important challenge that will inevitably lead to review staff, structure and organisation."

Binotto said Ferrari was also looking at endurance racing as another option.

"We also observe the world of endurance racing and other series," he added. "We will try to make the best choice."