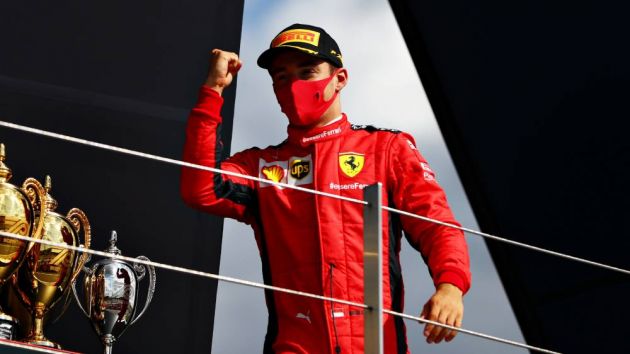 Ferrari cited its Formula One racing team as a key driver in securing €95 million (US$109.7 million) in commercial revenue during the third financial quarter, marking a 5.8 per cent constant currency growth for the Italian automaker.

That commercial figure is made up of net revenues earned by Scuderia Ferrari’s sponsorship agreements and the team’s share of Formula One commercial revenues, as well as revenues generated through the Ferrari brand, including merchandising, licensing and royalty income.

Currently, Ferrari sits fourth in the Formula One constructor's championship standings, only three and a half points behind rival McLaren Racing. In comparison, the Italian team finished the 2020 championship in sixth.

Ferrari's engine revenue was up 24.8 per cent YoY to €55 million (US$63.5 million), some of which stems from the rental of engines to Formula One teams Alfa Romeo and Haas.

In addition, Ferrari revealed that its industrial costs, and research and development expenses in Q3  increased to €12 million (US$13.8 million) compared to 2020. This was as a result of product innovation, startup costs and Formula One expenses.

Due to the impact of the Covid-19 pandemic, Formula One only ran 17 rounds in 2020, most of which were in Europe. In 2021, Formula One is expecting to run a total of 22 races, travelling further afield to the US, Mexico, South America and the Middle East.

Additionally, Ferrari's other expenses decreased by €2 million (US$2.3 million) due to its improved ranking in Formula One's 2021 constructor's championship and other supporting activities.

"The exceptional client relationships, fundamental in achieving the double digit growth in this quarter and year to date, are reflected in the record order intake worldwide, particularly in China and USA.

"These results together with the soundness of our vision and the team I am honoured to lead, make me look to the future with great confidence and optimism."