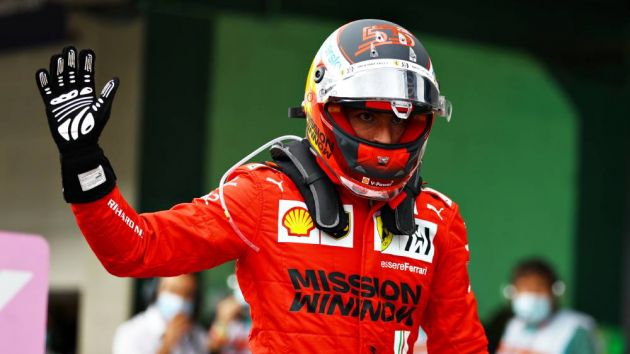 Formula One team Ferrari have revealed that their Mission Winnow title sponsorship agreement with Philip Morris International (PMI) could finish at the end of the 2021 season.

Ferrari's existing agreement with tobacco giant PMI comes to a close at the end of the current season, and the Italian outfit is holding discussions about a deal renewal.

PMI has worked with Ferrari since 1984 and the Italian outfit's car featured its Marlboro branding until 2001, when Formula One banned tobacco advertising.

In 2018, PMI unveiled its new branding for Mission Winnow, a brand promoting a non-tobacco future, with the company taking title sponsorship the following year.

Since then, Mission Winnow's branding has been used intermittently and was absent for the duration of the 2020 season. In 2021, the branding returned, but has been absent for EU races due to tobacco advertising laws.

This has led to speculation that Ferrari's agreement with PMI could finish altogether, but team principal Mattia Binotto has said it is likely the arrangement will remain, even if Mission Winnow isn't present.

"We are still discussing with PMI," he said to Autosport.

"It is very likely PMI will remain, maybe not as a title sponsor. So maybe let's see. It can depend on what do you mean by Mission Winnow, on the car or not.

"You mentioned stickers, so we're discussing rights. It will be announced as soon as we are ready to do it."