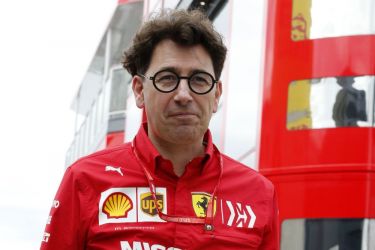 Formula One has confirmed that Ferrari will make its debut in the official F1 esports series this year, ending the Italian manufacturer’s abstention from gaming and marking the first season all of the championship’s ten teams will participate in the motorsport's virtual competition.

Ferrari’s team principal Mattia Binotto confirmed earlier in the month that the racing giants were in talks with Formula One around the prospect of entering the F1 Pro Series, and that they were “looking seriously” into joining the other nine teams already involved.

Entering its third season, qualifying for the esports series is already underway ahead of the Pro Draft, which will take place over two days in July, when participating teams will have a chance to add new players to their roster.

The teams will then compete in the Pro Series, with a total of 12 races to be contested over four live events between September and December later this year. Prize money has doubled to US$500,000 for the series’ third instalment.

“Last year saw amazing growth for the series and with the commitment of Ferrari completing the virtual grid, we continue to elevate the series to greater heights as we further align our virtual and real world sports, creating one of the world’s most innovative esports offerings whether in motorsports or beyond.”

Gaming operator Gfinity, which has retained responsibility for the tournament’s delivery and media rights, confirmed in April that sportswear manufacturer New Balance will also remain the series’ title sponsor.

Last season, the UK-based esports agency registered a record audience of 5.5 million viewers across its linear and digital distribution networks for the F1 Pro Series.