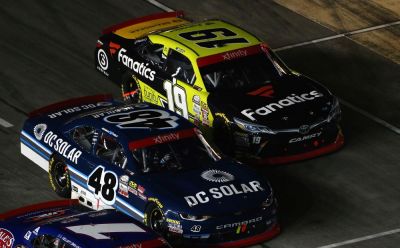 Online retail company Fanatics has terminated its ten-year trackside sponsorship deal with Nascar six years early as a result of dwindling race attendances, according to a report from US industry outlet Sports Business Daily.

The deal, which was signed in 2015 and had been set to run through 2024, has been affected by shrinking turnouts from fans at race days, which has forced Fanatics to readdress its partnership with the North American racing series.

Fanatics had begun managing the selling of merchandise at the race venues in 2015 as part of the deal. However, the retailer’s financial projections have fallen amid Nascar’s struggle for both sponsorship and diminishing on-site interest from fans, leading the sportswear manufacturing firm to attempt to restructure the arrangement with Nascar.

However, when this effort failed, it was decided to break from the contract entirely, which also included more than twelve separate deals with a variety of tracks.

Nascar president Steve Phelps told Sports Business Daily in a statement: ‘In collaboration with teams and tracks, we are in the process of finalising a plan for a new trackside merchandise model for 2019 that will serve and engage fans at racetracks across the country.’

Fanatics is, however, expected to continue to manage Nascar’s e-commerce online sales site, which it has maintained since 2003.