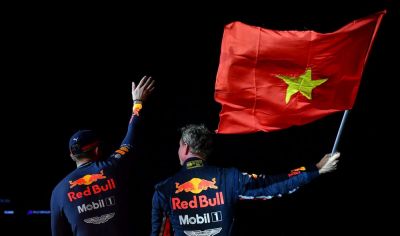 Automotive manufacturer Vinfast has been unveiled as the title sponsor of the 2020 Formula One Vietnam Grand Prix.

As well as naming rights to the event, Vinfast’s deal will see it design the trophy for the inaugural race, which will be presented on the podium by key company representatives.

Founded in 2017, the startup, which is now Vietnam’s largest car maker, becomes the youngest company to secure title sponsorship to a Formula One Grand Prix, joining established brands such as DHL, Petronas, Pirelli and Rolex associated with the sport.

The brand is part of the conglomerate Vingroup, which promotes the race.

Nguyễn Việt Quang, general director of Vinfast. Said: “It is a chance for Vinfast, a Vietnamese auto manufacturer, to stand side-by-side with other leading companies at the elite sport event.

“The Vietnamese brand-name will be popularised widely to spectators in more than 200 countries and territories through live broadcasts and different kinds of media.”

Chase Carey, Formula One's chairman and chief executive, added: “We are very pleased to welcome VinFast as title sponsor of the first ever Vietnam Grand Prix. It is a young, dynamic and ambitious company; qualities that make it the ideal partner to grow our sport in Vietnam.

"For us, the Formula One Vinfast Vietnam Grand Prix 2020 is one of the cornerstones of our long term vision for the future of the sport, because since we became involved in this sport in 2017, we have talked about developing new destination cities to broaden the appeal of Formula 1 and at the same time, consolidating our presence in Europe, the traditional home of the sport."

The first ever Vietnam Grand Prix will be held on 5th April next year in capital city Hanoi at a temporary street circuit, featuring a combination of public roads and a purpose-built section. It will become only the third Southeast Asian nation to host a Formula One race, after Malaysia and Singapore

The event is one of new two new additions to the 2020 calendar, along with the Netherlands Grand Prix at Circuit Zandvoort on 3rd May.