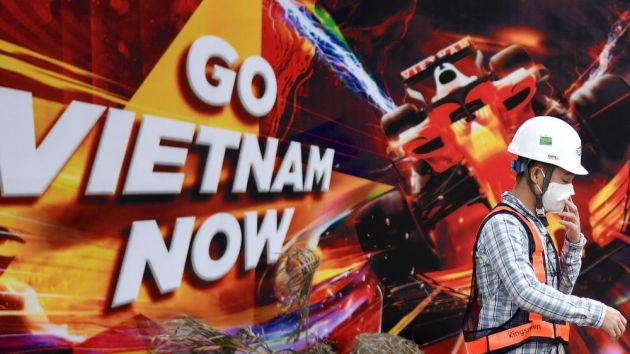 Formula One’s inaugural Vietnam Grand Prix has been cancelled due to ongoing uncertainty caused by the coronavirus pandemic.

The street race was originally scheduled to take place in Hanoi on 5th April but was postponed in March due to the Covid-19 outbreak.

It was reported in July that local organisers hoped the event could be staged in late November, but the Grand Prix was not included in Formula One’s revised calendar, and the promoter has now confirmed the race will not be held this year.

“We are unable to welcome the most exciting and prestigious motorsport series on the planet to Vietnam in 2020 due to the Covid-19 pandemic,” said Le Ngoc Chi, chief executive of the Vietnam Grand Prix Corporation (VGPC).

“This was a very difficult decision for all of us to make but ultimately it was the only solution after carefully reviewing all safety criteria as well as the efficiency under current conditions.”

The VGPC also said that ticketholders for this year’s event would receive a full refund, but there was no word on whether the event will take place in 2021.

The cancellation of the Vietnam Grand Prix means that both races that were added to the Formula One calendar for this season will not go ahead. The Dutch Grand Prix was due to be revived at Circuit Zandvoort in May but the event was cancelled in the wake of the health crisis.

There are five races remaining this season, starting with the Portuguese Grand Prix in Portimão on 25th October.