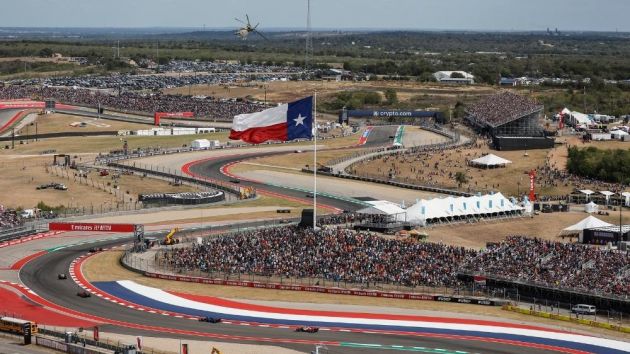 Formula One's recent race at Circuit of The Americas (COTA) has become the best attended US Grand Prix in the global series' history, with 440,000 fans coming through the gates at the venue in Austin.

This crowd figure was recorded across four days, so it does not quite beat Formula One's overall record set in Adelaide back in 1995 when 520,000 fans watched Damon Hill dominate the weekend.

It does, however, surpass the 400,000 US record attendance that watched last year's race at COTA, highlighting the rapid growth that Formula One is currently experiencing in the country.

Bobby Epstein, COTA executive chairman, told the BlackBook that, while the circuit will “never have the celebrity or the glitz and glamour of [Miami and Las Vegas]”, the circuit will continue “to keep the focus on the fans and the sport”, something that has been clearly evidenced by the weekend attendance.

It has also been reported that Epstein hosted multiple hotel companies over the course of the weekend, with the Sports Business Journal (SBJ) reporting there are plans to build one onsite in the future.

The report says there is currently no timeline for finalising the deal or for when the venue might be constructed.

Away from Austin, it appears that Formula One has not completely closed the door on a race in New York. Liberty Media executive Renee Wilm told the SBJ: “The logistics [around an NYC race] are extremely challenging, but I'm not in a position to close the door on any geography.”

It is unclear whether this would be an unprecedented fourth race in the US or if it would become part of a rotation.