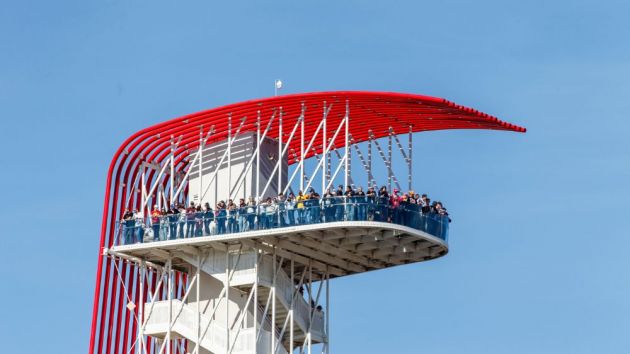 The Circuit of the Americas (COTA) has unveiled its first infield viewing grandstand for this year’s Formula One United States Grand Prix.

The grandstand is located just after the ‘S-Curves’ of turns there to five, similar in style to the Maggotts and Becketts corners at Silverstone, and will give fans a head on view of the cars.

The US Grand Prix, which takes place on 23rd October, is celebrating its tenth edition at the iconic venue in 2022.

“After years of ambition, this incredible location, something we’ve always hoped to add, is finally a reality,” said COTA chairman Bobby Epstein.

“It is one of several new fan-focused improvements, along with a new five lane road, 200 more front gate buses, five new shade tents, and a new ‘quick serve’ menu.

“This grandstand allows us to open an entirely new part of the campus to programming and enhanced offerings.”