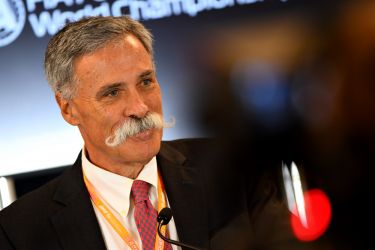 Motorsport series Formula One and its governing body, the International Automobile Federation (FIA), have signed up to the United Nations Sports for Climate Action Framework.

In order to be considered for the UN platform, Formula One had to meet five criteria: promoting greater environmental responsibility, reducing overall climate impact, offering education on climate action, promoting sustainable and responsible consumption, and advocating for climate action.

This new development falls in line with Formula One’s strategy to reduce carbon emissions to zero by 2030, a plan originally announced in November 2019. The sport also aims to make all Grands Prix sustainable by 2025.

With an annual carbon footprint of approximately 256,551 tonnes – the equivalent of powering 30,000 homes for a year – Formula One is seeking to offset as much of its emissions as possible as it grows its race calendar. The majority of the series’ emissions come from its logistics operation (45 per cent), while personnel travel also accounts for more than a quarter.

The move towards sustainability by series owner Liberty Media comes with single-seat racing rival Formula E, which places environmental activism at the heart of its branding, gaining traction in the midst of its sixth season.

“The actions we will take in the years ahead will reduce our carbon footprint and ensure we are net zero carbon by 2030.”

The 2020 Formula One season kicks off in Melbourne, Australia on 15th March.