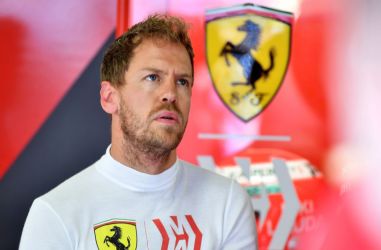 Formula One saw its television audience in the UK plummet by 8.6 million viewers in 2019, the first year of the global motorsport series’ exclusive deal with pay TV network Sky Sports, according to data seen by the Independent.

The bumper UK broadcast deal signed in 2016, reportedly worth in the region of UK£120 million (US$158 million), gives Sky Sports exclusive rights to Formula One from 2019 to 2024, with the obligation to show only the British Grand Prix free-to-air (FTA).

The deal was criticised by commercial director Sean Bratches following Liberty Media's takeover, with the new owners seeing FTA as key to growing the sport.

Commercial broadcaster Channel 4, which previously split the rights with Sky and aired ten races in 2018, now only offers the aforementioned race live along with delayed highlights for the other races resulting in a negative hit for Formula One viewership in a key market.

The Broadcasters’ Audience Research Board (Barb) figures, revealed by the British news outlet, show that Channel 4’s highlights were watched by a cumulative total of 34.7 million viewers in 2019, a massive 10.8 million less than in 2018.

That drop was offset by an increase in Sky’s audience, which rose by 2.2 million viewers to 20.1 million. However, the total number of viewers in the UK still fell by 13.6 per cent to 54.8 million, according to the report.

Notably, the US Grand Prix, a key growth target for Liberty Media, reportedly lost the most viewers on Channel 4 during the 2019 season, with the numbers down by two million on 2018 when the race was broadcast live.

Only the Japanese and French Grands Prix attracted more viewers to the FTA broadcaster than in 2018, according to the Independent.

It is a blow to the sport and follows comments made by Formula One’s global research director Matt Roberts in December 2018, who predicted that the UK audience would grow thanks to highlights on Channel 4 being shown in a prime time slot later in the day.

“Channel 4 will have the highlights next year and we have worked with them to ensure they show the races in a favourable prime time slot,” he said. “We estimate that we will actually have more viewers next year in the UK (thanks to this prime time slot) than we had this year.”

Compounding Channel 4’s losses is Sky’s failure to adequately make up for them, despite reducing the monthly access price to its dedicated F1 channel by 44 per cent to UK£10 (US$13).

The most popular race on the pay-TV broadcaster was the Bahrain Grand Prix, which apparently drew 1.4 million viewers, thanks in part to the event also being broadcast on Sky One, a channel offered without additional costs to subscribers.

Streaming numbers were also uninspiring, only boosting Channel 4 and Sky’s audiences by two per cent and four per cent respectively, according to the report.

When asked by SportsPro what the future might be for more live FTA coverage, Sky Sports’ head of Formula One Scott Young said: “The free-to-air relationships that we have are managed by the executive group. We have a strong working relationship with the team at Channel 4 and I think it works quite well in the infancy of our new contract to have that partnership. How that expands over the years is for others to decide and determine.

“Right now, we think it’s important that a free-to-air audience still has the capacity to consume and enjoy Formula One. If they enjoy what they’re seeing in a delayed programme then we obviously hope they’ll convert to being a live customer.”